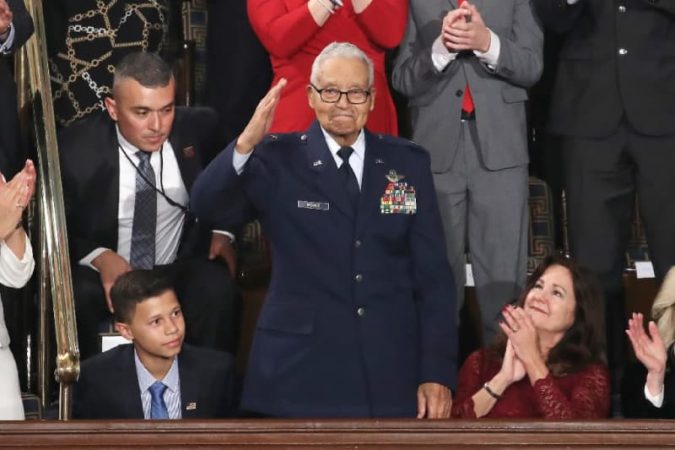 Washington (AFP) – US war pilot Charles McGee, who faced military segregation as he became a legendary member of the all-Black flying force known as the Tuskegee Airmen, died Sunday at age 102, officials said. “Today, we lost an American hero,” Secretary of Defense Lloyd Austin — himself a barrier-breaker as the first African American to lead the Pentagon — said on Twitter about the aviator who was one of the last surviving members of the famed unit. “While I am saddened by his loss, I’m also incredibly grateful for his sacrifice, his legacy, and his character,” Austin added. “Rest in peace,…