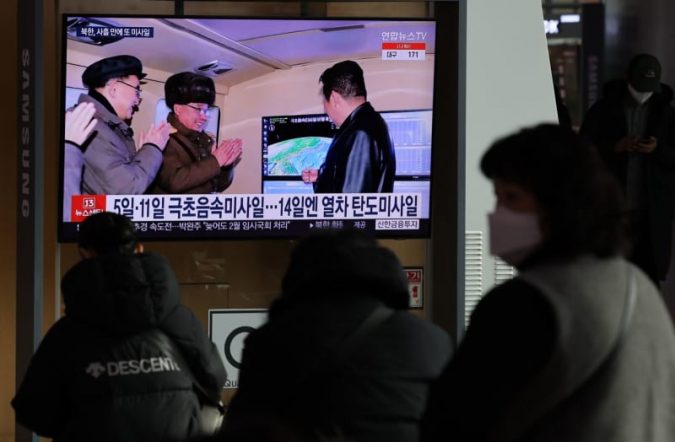 North Korea appeared undeterred by US sanctions as it carried out the latest in a recent series of missile launches on Monday, according to information from the South Korean military. Two missiles were fired eastwards toward the sea from Sunan Airport in the capital Pyongyang on Monday, the South Korean Armed Forces General Staff said. They were believed to be short-range ballistic missiles. UN resolutions prohibit North Korea from testing ballistic missiles, some types of which are capable of carrying nuclear warheads. The missiles flew at an altitude of up to 42 kilometres for about 380 kilo…