A delegation from the National Assembly (NA) Committee for External Relations led by its deputy head Le Anh Tuan made a working trip to South Africa from September 22-28.

At a working session in Cape Town with Chairman of the International Relations Committee at the parliament of South Africa Madala Louis David Ntombel, Tuan briefed the host on the organisation and operation of the Vietnamese NA, adding that one of the purposes of his visit is to supervise the enforcement of policies and laws on diplomatic ranks and Vietnamese representative missions abroad.

Highlighting the similarities in the history of Vietnam and South Africa, Ntombela said that Vietnam was a great source of encouragement for South Africa during its struggle for national independence.

He said that South Africa has 116 embassies in the world, expressing hope to learn from Vietnam in supervising policy and law implementation.

At the meeting, South African legislators proposed that the two countries should develop their economic partnership to match the potential of bilateral cooperation, along with promoting people-to-people exchange.

Receiving the Vietnamese NA delegation, Cedric Thomas Frolick, Chairman for Committees, Oversight and ICT at the South African parliament expressed impression at Vietnam’s economic achievements. He affirmed that South Africa wishes to develop relations with Southeast Asian countries, especially Vietnam. South Africa wants to send a delegation of parliamentarians to Vietnam to exchange and learn from the country’s experience, he said.

Meeting Deputy Minister of International Relations and Cooperation Alvin Botes in Pretoria, Tuan said that South Africa is the only partner for cooperation and development of Vietnam in Africa, reflecting Vietnam’s appreciation and attention to ties with South Africa.

He thanked the South African Government for its support of Vietnam at multilateral forums such as the UN, and the country’s assistance for Vietnam in strengthening cooperation with the African Union as well as other African countries.

He affirmed that Vietnam is willing to support South Africa in developing relations with ASEAN countries, and help the South African parliament to strengthen cooperation with the ASEAN Inter-Parliamentary Assembly (AIPA).

Tuan said that on the occasion of the 30th anniversary of the bilateral diplomatic relations in 2023, Vietnam plans to organise a Vietnam Day in South Africa, the first of its kind to be held in an African country.

For his part, Botes expressed delight at the sound development of partnership between the two countries in both bilateral and multilateral aspects. He said that the two sides should work to further promote economic and trade partnership, and called on businesses of both sides to explore collaboration opportunities in each country, thus further promoting economic diplomacy between the two countries.

At the meeting, the two sides discussed benefits and opportunities from free trade agreements, South-South cooperation and the candidacy for UN positions./ 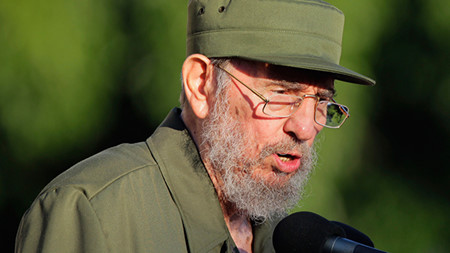